I'm Finally Bored Enough To Write About This

So, TAD and I traveled to Vegas a couple of Saturdays ago. It was both our first times going to Vegas, and even though we don't gamble at all, we thought there would be enough other shit to keep us occupied. Like each others sexual organs, alcohol, and general debauched atmosphere. One out of three is pretty bad, yo. 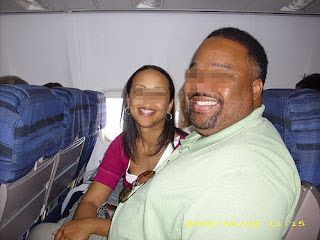 Before we knew better
The accommodations? Extra feeble and wack. We stayed at The Luxor, which must be Egyptian (Arabic?) for Cheese. 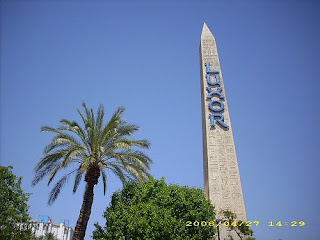 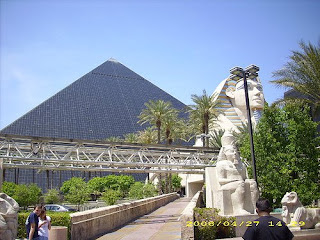 They had fucked up elevators called "inclinators" because they went up on an incline. Just enough to make drunk people earl in 'em and to make someone going to a conference at 8:00 am every morning have to step around earl. Nice touch, Luxor. Actually the only good thing about it was the view of the mountains from our window. 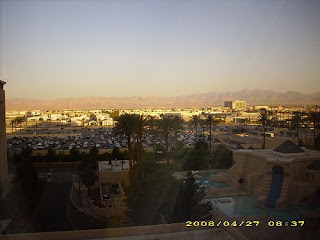 We had a chance to walk down the Strip. The Luxor was at the end of the Strip, so the walk was long just to get to mainstream shit like Bally's or the MGM. 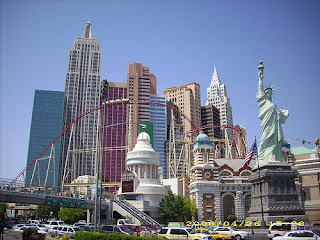 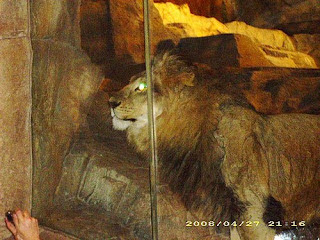 Honestly, I didn't have one drink and TAD only had one. My mood was befouled by pint-sized Mexicans handing out unwanted flyers for poison pussy and loud, fat, stupid, unseemly hicks from every corner of the gotdamn globe. Hers was befouled from having to deal with my grouchy ass. Vegas is fucking filthy. I'm saying that shit and I'm from DETROIT!!! 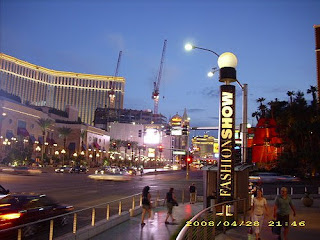 Vegas is boring and gay, just like Siegfried and Roy
Honest to goodness, there were only 3 good things about that godforsaken town. 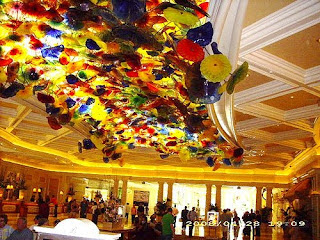 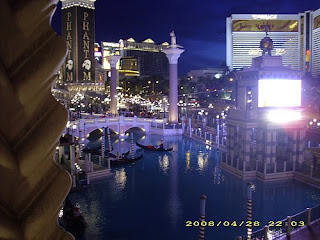 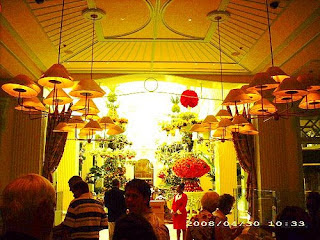 The Bellagio lobby, the view from the Venetian balcony, and the Wynn buffet and waterfall

Yeah, we got pics to show people so we can lie about how much fun we had, but we know the truth. I wish AJ had gotten a chance to check us out and show us the ropes, but I hated that shit as we explored on our own. 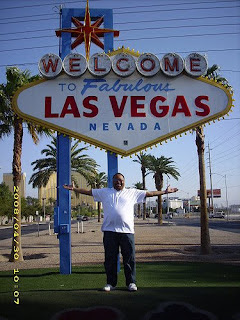 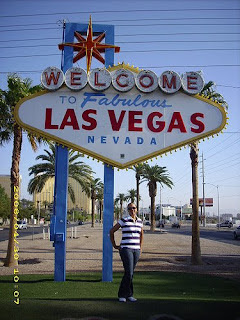 P.S. The first blogger to send me an email at dabigplanet@hotmail.com gets Flat Randy. I tried to decide amongst y'all, but I couldn't think of a fair way to do it.

well the good news is that Vegas might have been considerably worse had you not had each other....

ps..i want credit on the wynn buffet too dammit!

U should have started drinking on the flight (with yur scary ass)...and then all would have been better.
Vegas is only good when you're drunk.
Vegas is to Californians like Canada is to Detroitians...just there and somewhere to go other than where you currently are.

Finally...a year after drawing and cutting out Flat randy he is getting some action.

I was on a plane to Tulsa when you changed the rules of the contest at the end.

Wait... You're from Michigan.

And you should have started drinking on the flight. I guess that's why I love Vegas like I do. To get lost in that filth is pretty decent compared to getting lost in Chicago's in the summertime.

Your disappointment is no surprise, Z. Vegas is only bearable for a good 48. After that, you begin to feel like the world is closing in on you, and that your skin is gonna fall of from all kinds of nasty. I would have forewarned you, but you might not have believed me. I usually stay at the MGM because I now know my way around it, and also because there's this lovely smell when you walk into the lobby that I've grown to like. Sounds sick, huh? F Vegas (and I might go Mem Day Weekend)!

I can't disagree with you. I loved the Bellagio lobby and I thought the food was decent but other than that ... I spent five friggin' days in that hell hole. I know if I had gone with my man I would have had a better time instead of taking the trip just to spite him.

makes me think twice about the people who rave about vegas. are they generally clean people is my question? if it's 'nasty' coming from a detroit native... that shit is funny and scary at the same time.